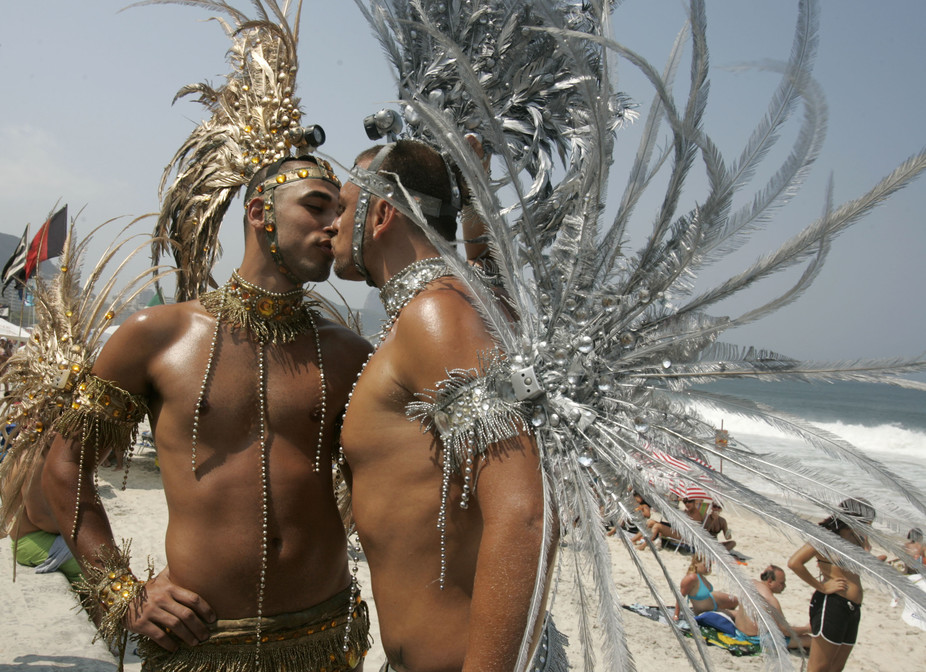 So read the online cover of Brazil’s Extra newspaper, the day after the Brazilian metropolis of six million elected as its new mayor a conservative evangelical named Marcelo Crivella. The tongue-in-cheek cover of Extra, after Crivella’s election. Extra

Rio has always considered itself to be tolerant and open to the modern and the new. But 59-year-old Crivella, a former bishop from the Igreja Universal do Reino de Deus (Universal Church of the Kingdom of God) and nephew of the Church’s founder, is well known for a 1999 book in which he refers to Catholicism and Afro-Brazilian religions as “demoniac doctrines” and homosexuality “a terrible evil”.

Although Crivella apologised for those statements during the 2016 mayoral campaign, in his acceptance speech Crivella affirmed his “anti” stance, saying, “the people said out loud: no to the legalisation of abortion, no to the liberation of drugs. No, no, no and no”!

In fact, a mayor in Brazil – which has a federal system such as Mexico or the United States – has no power over such policies. But that hasn’t calmed the nerves of the 65% of people who didn’t vote for Crivella, and who fear that the incoming mayor will impose conservative religious values in famously freewheeling Rio de Janeiro.

Separation of church and state?

Across Brazil, candidates from the religious right, which has been making political inroads for decades, are rising to new heights of power. This follows several decades of rapid expansion of evangelical and neo-Pentacostal churches in Brazil, which went from being 95% Catholic in 1970 to 25% evangelical in 2015.

Crivella’s Universal Church, which was founded in 1977, is a powerful presence in Brazil. A neo-pentecostal evangelical church, it has 8 million followers in 105 countries including the United States, and some 1.8 million adherents in Brazil alone, according to the 2010 census. In Brazil, church leaders also control various media outlets, from TV channels to dozens of radio stations, newspapers, magazines and publishing companies.

In Congress, Universal Church-affiliated members form part of the Frente Parlamentar Evangélica (Evangelical Caucus). Today, 199 members of Brazil’s 513 lower house and four Senate members are affiliated with the group. Together with two other large interest groups in congress, they are known as the “BBB Caucus” – that is, the bull, the bible and the bullet – meaning they are legislators and lobbyists for agrobusiness, evangelical churches and gun manufacturers. In the past several years, the Evangelical Caucus has pushed for increasingly harsh legislation. Some major, but thus far failed, attempts included: reducing the age of criminal responsibility from 18 to 16 years of age, which would allow minors to be sentenced as adults; amending the Disarmament Statute, a gun control measure that has helped reduce gun violence in the country; increasing the criminal status of abortion (from a common crime to a “heinous crime”); reinterpretations of recognised Indian territories; and criminalising “heterophobia”. The Evangelical Caucus has promised it will continue promote these initiatives.

The group also maintains a 24-hour-a-day presence in the Brazilian congress to block any possibility of changes in legislation that may further progressive initiatives. According to a recent doctoral thesis by Bruna Suruagy, the Evangelical Caucus has a battalion of parliamentary assistants that “follow projects daily in an attempt to map all the projects considered ‘antichristian’”.

With the election of Crivella, who is both an evangelical bishop and a BBB senator, as mayor of the second largest city in the country, many feel that foundations are being laid for a right-wing religious path to Brasilia and the presidency.

What’s at stake in Rio

Crivella’s election is also concerning researchers and advocates who, like us, study crime and policing in the city.

In Rio de Janeiro, where the much-publicised “police pacification units” were launched in 2008 with the aim of bringing crime under control, violence – including homicide and police killings – is on the rise. From January to August 2016 there were 1,203 murders in Rio, a 13% increase over the same period in 2015. Public trust in Rio’s police, which killed 227 people between January and August 2015 and 283 people over the same period this year (during the lead up to the Olympics), is declining.

Now, the incoming mayor has promised changes to the city’s municipal guards, which unlike the state-controlled military and civil police forces, have never carried guns or so-called “less lethal” weapons. Starting January 1, they will be expected to use pepper spray, tear gas and tasers. Brazil’s Guarda Municipal is tasked with protecting public spaces, including city buildings, monitoring mass transit and helping tourists, so the idea of arming them is dismaying. A sniper from Rio’s Police Pacification Unit in Rocinha favela. Crime in the city is rising, as are killings by police. Ricardo Moraes

There have been accusations that the elected mayor was supported by vigilante groups linked to a number of illegal activities, such as black market gas sales, control of alternative transportation, and illegal cable connections. These militias “patrol” poor areas of the city and exert control over large portions of the poor neighbourhoods that voted heavily for Crivella.

We cannot yet confirm these suspicions. But there is no doubt that the Universal Church, like other neo-Pentecostal denominations, is deeply embedded in Rio’s poor areas. And the tradition of clientelism, which is still strong in Latin America, turns community favours provided by powerful groups, including “security” in the form of vigilante groups, into votes.

A lesson to non-voters

Complicating this worrying scenario is the fact that Crivella was elected by only 35% of the voters, or 1.7 million votes. His opponent, Marcelo Freixo, from the left-leaning Socialism and Liberty Party, secured 24% with a campaign centred on participatory decision making, respect for racial, sexual and religious diversity, education and health reforms and a focus on transportation policy.

The close polls show how Rio, like Brazil at large, which recently underwent the highly contested impeachment of Dilma Rousseff, is extremely polarised.

A full 41% of Rio’s electorate voted null – that is, they voted “blank” or abstained from voting entirely. Across Brazil, a record number of angry voters refused to participate in last weekend’s second round of municipal elections. Considering that in Brazil, as in other post-dictatorship countries of Latin America, voting is obligatory, not optional, this result is meaningful.

Crivella’s mandate promises to be challenged by numerous groups advocating for the rights that this former religious leader has demonised. That will do little to decrease polarisation, but perhaps it will do something to keep Rio the tolerant, diverse and secular city we all call home.