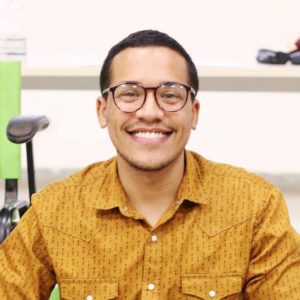 Although the promise the internet would be a way to create a global village has, to some extent, been achieved, digital media have also allowed the production of hyperlocalized and hyperspecialized information. In Brazil, where 66 percent of the population is connected to the Internet, social networks have allowed the creation of hyperlocal media – pages and groups that focus on a neighborhood, a place or even a street.

Currently, the pages of neighborhoods in Rio de Janeiro play an important role in the consumption of information about events, public services, violence and crime in the daily lives of the city’s residents. These pages are gaining more space and importance, since traditional journalism has not been able to overcome its detachment from favelas and neighborhoods of the periphery.

We see in the preliminary results of the survey “Mídia e Violência: o que mudou em dez anos” (Media and Violence: what has changed in ten years), now in the its final stages, that the production of news on public safety continues to prioritize focus on the territories considered by press outlets to be of greater interest – such as more affluent neighborhoods where newspaper and magazine subscribers live. The same survey also identified the absence of news focusing on the territories with the highest homicide rates, such as the Northern Zone of the city of Rio de Janeiro and the Baixada Fluminense.

To better understand this phenomenon, we analyzed 156 Facebook pages, extracting 900 posts from each, a total of 64,529 posts, covering the period from September 2010 to July 2017. The pages studied are very heterogeneous. For example, in relation to the number of likes, “Rio de Nojeira” ranks first, with 796,000 likes, followed by “Bangu ao Vivo,” with 652,000. At the opposite extreme we have the page “Favela News Rio de Janeiro” with 259 fans. For comparison purposes, the Facebook page of newspaper Extra has 2,180,081 fans and Globo, 5,476,898 – figures well above those of the universe focused on in our research. The newspaper O Dia has 595,806, less than the almost 800,000 that follow the “Rio de Nojeira.”

In addition to violence, most of the published texts, photos and videos focus on other local daily issues, recovering at least part of the role of the small newspapers circulated in the neighborhoods or favelas of the city, which now have practically disappeared, either due to lack of resources or from the popularization of the internet. On the other hand, it was observed that, among the most liked or shared posts, several dealt with subjects or stories with no necessary relation to the local context.

The posts related to events in the “crime world” dealt with confrontations, territorial disputes and deaths of members of the trafficking groups. In sum, they clearly express typical dynamics of crime in Rio de Janeiro: territorial control armed by criminal groups and the ongoing dispute between drug trafficking factions.

In postings related to police actions, information on police operations and actions, such as checkpoints, arrests, seizures and/or incursions into favelas, were reported. They are posts that often use acronyms and police jargon – such as “garrison,” “flagrant,” “BOPM” (Military Police Incident Report, for its acronym in Portuguese), “VTR” (police vehicle), etc. Other publications publish texts copied from newspaper sites, without mentioning the source. Moreover, the absence of care in crediting information largely characterizes the circulation of this type of content, which is spreads in a viral way, both on Facebook and in groups on WhatsApp and other applications, without concern for the source of the report.

Finally, in the third group of posts, the authors reveal the intention to produce a network of mutual aid and protection, uniting individuals fearful of crime who also have low confidence in police work and the effectiveness of the state in enforcing the law. If, on the one hand, the circulation of information in this type of network contributes to reducing the risk to residents of territories marred by the war between police and drug gangs, on the other, it carries the risk of vigilantism and justice.

Another potentially harmful effect of this type of posting is the reproduction of stereotypes and prejudices. When we analyze, for example, the profile of those who appear in photos of “suspects” or alleged criminals, we often see young black men, the greatest victims of social and institutional violence in Brazil. Contrary to certain, very optimistic, expectations, the Internet is not necessarily a space for breaking historic barriers and prejudices.

We also analyze graphs, which are resources to measure the interaction between pages, visually constructing “affinity maps” from the likes one page gives to another, inside or outside this universe. By analyzing the connection between pages inside and outside the analyzed universe, it was possible to perceive that the so-called “hyperlocal” do not constitute closed “bubbles,” but are articulated in much larger networks, not always defined by the territorial approach.

Network of likes (Screenshot from report)

The study of this phenomenon specific to Rio helped us to perceive not only the power and relevance of these communicators for the city’s inhabitants, but also revealed that there is a lack of information that the traditional media is not aware of or are not interested in supplying. But it is important to point out that such information channels, for the most part, lack a fundamental characteristic of journalism: checking the facts. In fact, the press has been using these pages as new sources of information, checking the news about occurrences and incorporating videos and photos posted on social media into their own sites.

One of the conclusions of this study is that there is a group of pages that produce content as a way of counteracting common discourse, which stigmatizes favelas and poor neighborhoods, legitimizing the police’s arbitrary action. With a smartphone in hand, activists are able to document violent and criminal conduct by police officers, executions or extortion. This information is often not recorded by major newspapers, also because of security protocols imposed on journalists. At a time when journalists are restricted in favela territories, having other communicators from within these territories producing reports about their violent environment is essential if the matter is to be based on public opinion.

But there is also the negative side of this production, which ends up reiterating stereotypes built on the “bandit” through the dissemination of photographs of young people, men and in the majority, Afro-Brazilians, the profile of most murder victims in Brazil. In some ways, the reproduction of stereotypes, decontextualized (or false) information, and the speed with which such “news” circulates across networks can contribute to the growth of fear and violent reactions among those who consume these posts.

Graduate in Social Sciences from the Universidade do Estado do Rio de Janeiro (UERJ) and Master in Social Sciences from the Graduate Program in Social Sciences (PPCIS-UERJ). He holds a doctorate in Political Science from the Institute of Social and Political Studies (IESP-UERJ). He is a researcher at the Center for Studies on Security and Citizenship at Universidade Candido Mendes (CESeC) where he develops research related to public policy on security, violence and sociability in Rio de Janeiro’s favelas, social media, journalism and the relation with violence, evaluation of social projects, etc.